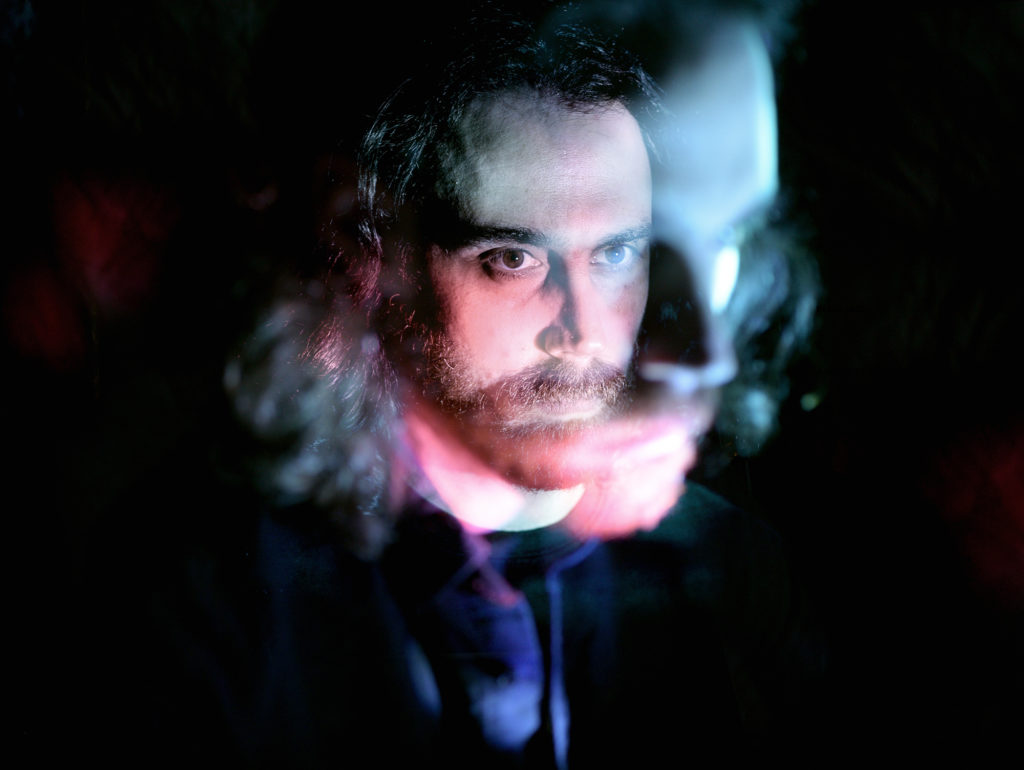 Decibel Magazine is hosting an exclusive advance stream of The Code, the debut album from Camden, New Jersey-based UNDERER – the solo project of Nick Shellenberger of Cleric and Shardik. The stream hits just ahead of the record’s official release through Nefarious Industries this Friday.

Alongside the UNDERER album stream, Shellenberger breaks down the entire album with a detailed track-by-track breakdown on the meaning behind each song.

Shellenberger offers, “The Code is the first collection of cohesive music that I’ve ever written and performed entirely on my own (besides some oddball soundtracks in my 20s), and the time that it took to do so is a fraction of the time that led to that point and the time since. As such, it’s an interesting glimpse (to me especially) of a very specific window of time during the summer of 2017, in which all of this came to fruition. It was also the first time I allowed things to happen that I didn’t plan for or obsess over, the first time I left my voice and instruments mostly unaffected, and the first time I’ve really spoken about my lyrics in any public way. Musically, I think it captures a chaotic discomfort that I feel much of every day and to have been able to execute that with a lot of intricacy and nuance while maintaining a level of consistent brutality is something I’m really proud of.”

Writes Decibel with their advance stream of the album, “UNDERER‘s debut album, The Code, is a gloriously chaotic and experimental take on heavy music, informed by the likes of Genghis Tron, Agoraphobic Nosebleed, and Swarm Of The Lotus… the programmed drums add a robotic precision to the shrieked vocals and other instrumentation, which ranges from minimalist ambient to weirdo grind and bizarre doom.”

UNDERER’s The Code sees digital release through Nefarious Industries this Friday, June 19th. Shellenberger is dividing all proceeds from the album between several charities surrounding the ongoing protests, including The Okra Project, Black Trans Protestors Emergency Fund, and Unicorn Riot.

Preorders are live at Bandcamp HERE and the Nefarious Industries webshop HERE.

UNDERER was conceived in 2016 as an escape from the mentality of writing and performing in a collaborative setting. While the music of UNDERER explores a markedly minimal sound palette and writing style, Shellenberger’s compositions are meticulously crafted with the rhythmical chaos, creepy electronics, and volatile dynamics he has refined throughout his experimental career.

The debut UNDERER full-length The Code brings together the precision of programmed drums with the experimentation of free and improvised composition, telling a harrowing tale over the course of seven acutely distressing tracks. Capturing a slice of time during a period of a few months in the summer of 2017, The Code was initially programmed in Shellenberger’s home studio after which it was fully engineered, mixed, and mastered at Menegroth the Thousand Caves by Colin Marston (Gorguts, Krallice, Dysrhythmia) who provides cymbals/percussion to the track “Marlin.” The cover art was created by Shellenberger.